The Golden Slipper is Australia’s premier 2yo horse race, it is run every year at the Rosehill racecourse during the Sydney autmun carnival. We list all of the winners dating back to first running of the race in 1957. 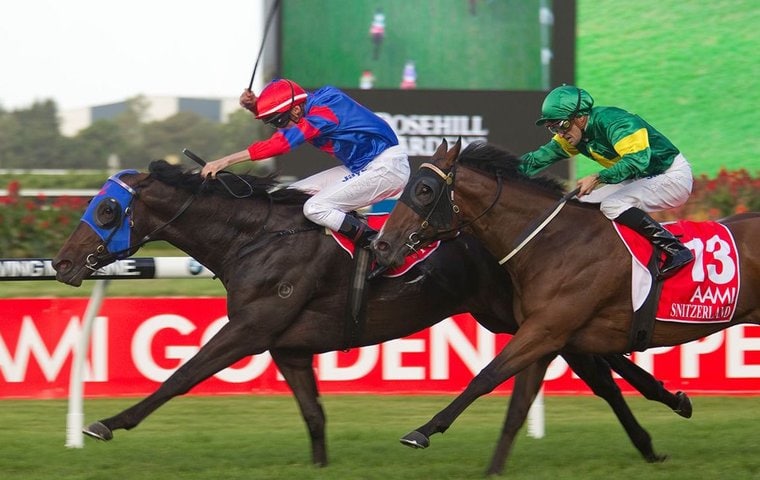 While horses only get one shot at winning the Golden Slipper, jockeys have the chance to participate in multiple events over the years. Several jockeys have amassed impressive records over the years winning the race on multiple occassions. One of the most successful jockeys in the races history is Shane Dye, who incredibly won the race four times in a row between 1989 – 1992. Ron Quinton, now a trainer, also won the Slipper on four occassions in the 1980s.

More recently, Tommy Berry won his third Golden Slipper on Stay Inside, he has a chance to join Dye and Quinton on four wins in the coming years.

Most Golden Slipper wins by jockeys

When it comes to training Golden Slipper winners, one family dominates. Gai Waterhouse has won the race a remarkable 7 times. Her father, Tommy Smith, won the race on 6 occassions. The two are well clear of Bart Cummings, Lee Freedman and Clarry Conners who have all won the race 4 times. Freedman’s wins are noteworthy as they all came in consecutive years between 1993 – 1996.

Most Golden Slipper wins by trainers