The Cox Plate is Australia’s premier weight-for-age race, run every year at Moonee Valleey racecourse just 10 days before the Melbourne Cup. We list all of the Cox Plate winners dating back to 1922 and take a closer look at the those special horses that have won the race more than once. 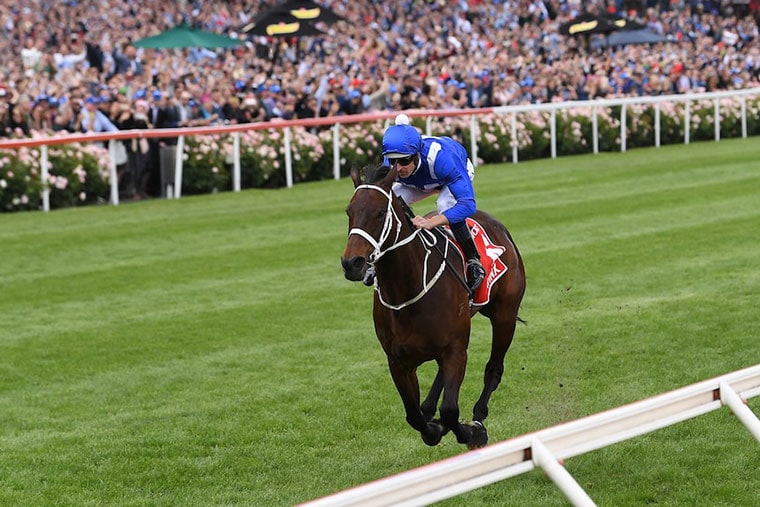 Multiple winners of the Cox Plate

The list of multiple Cox Plate winners is headlined by the mighty mare Winx, who won four times in a row between 2015 and 2018. Kingston Town famously won three in a row in the early eighties and string of other horses won two Cox Plates, notably: Phar Lap, Tobin Bronze, Flight, Sunline and Northerly. Fields of Omagh also won two Cox Plates a three full years apart, in between, he ran second and third in the great race; he was nine years old when he won his second W.S Cox Plate.

A number of jockeys have had an affinity with the Cox Plate, winning the race on several occassions. Darby Munro won a remarkable 5 Cox Plates between 1933 and 1952. Hugh Bowman, Glen Boss, Brent Thomson and Jack Purtell have each won 4 Cox Plates.

When it comes to trainers, one name is synonmous with the Cox Plate more than any other. T.J. Smith won an incredible 7 Cox Plates. Not far behind was Jack Holt with 6, Bart Cummings with 5 while Chris Waller appears to have plenty of years left to add to his tally of 4.