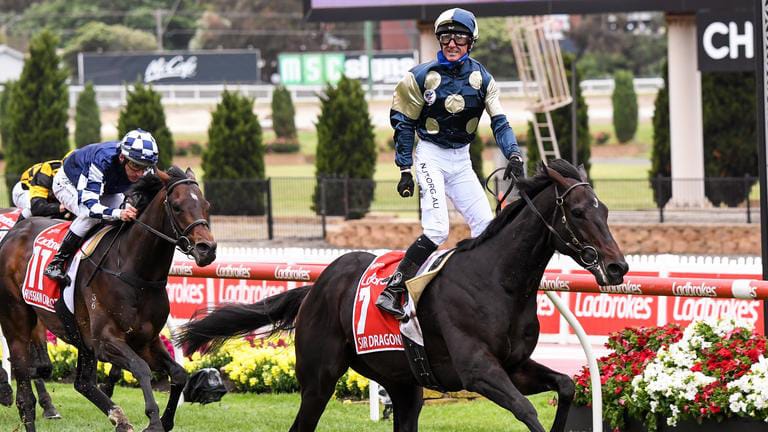 The Cox Plate was the brainchild of William Samuel Cox, who notably founded the Moonee Valley Racing Club. The Cox Plate was first run in 1922 when English horse Violoncello won, before going to win his next three starts over the Melbourne carnival.

The 2021 Cox Plate will be the 100th year the race has been run, but it will in fact be the 101st running of the race. In 1946, two Cox Plates were run in different divisions, outstanding mare Flight won the stronger of the two divisions while Leonard won the ‘other’ Cox plate. Flight’s winning time was a full second faster than Leonard’s.

Several of Australia’s best ever racehorses have won the Cox, and some on multiple occasions. The record for the most Cox Plate wins is with Winx, who won the famous race four times. Kingston Town famously won three consecutive Cox Plates between 1980 – 1982. You can see the complete list of Cox Plate winners here.

The 2020 Cox Plate was won by Sir Dragonet who was ridden by Glen Boss and trained by Ciaron Maher and David Eustace. Sir Dragonet won by 1.25 lengths from Armoury while $3.50 favourite Russian Camelot ran third:

Breakdown of prize money for the 2021 Cox Plate