The Best Surfers in the World in 2017

Australia is well known for its surf culture. Our affinity with the beach has produced many famous surfers. The battle for 2017 World Champion crown is heating up, we preview the best surfers from around the world.

Surfing is a unique sport that requires its participants to not only have the strength and flexibility of most athletes, but also possess an instinct and understanding of varying conditions that they face every day. The best surfers exude these qualities, allowing them to win with regularity on the pro surfing league. We’ve compiled a list of who we think are a few of the best surfers in the world right now.

As a native-born Hawaiian, John John (Jo Jo) Florence has been on a surfboard since he was six months old and riding waves on his own at the age of 5. So, it’s no wonder that this pro has surfed his way to the top by winning the 2016 World Surf League Men’s Championship. His journey began in 2003 when he was the youngest surfer to win the Vans Triple Crown of Surfing, he was only 13 at the time. John John is the first Hawaiian to win the WSL championship since Andy Irons.

Mostly known for his pipe surfing and his effortless style, John John has every surfer on notice. And everyone’s looking to see how he’ll do this year. Will he tame the competition and earn the number 1 position again, or will his competitors win out?
Check out his footage of John John nailing it at this year’s Bells Beach Rip Curl Pro:

Some of you Victorian betting fans may have been lucky enough to watch Jo Jo in person at the 2017 Bells Beach Rip Curl Pro just recently. Although Jo Jo earned a 9.97 in his round at this year’s event, he was still beaten out by South African Jordy Smith. However Jo Jo is a top favourite to win the world championship title for 2017.

With a long and triumphant career, Kelly Slater has set a record for hitting the number 1 spot in the WSL Championship, even winning the championship five times in a row from ’94 to ’98 and never ranking lower than 9th place since 1992 when he won his first championship.

Born in Florida, Slater has spent years honing his skills and has become known for his style and competitive nature. Though some claim he’s on his way out, 11-time WSL champ, Kelly Slater, might still be able to pull more wins out. Only time will tell if the best surfer of our time can take back the number one spot in the WSL championship.

This Australian has used his laid-back method of surfing to stay on the radar of the World Surf League for years by being nothing more than himself and a pretty inspired surfer. Since his appearance on the international level back in 2001, Parkinson has consistently ranked high, usually in the top 5, of the WSL championship. That is until 2012 where he finally took the top spot from none other than the 11-time World champ himself: Kelly Slater. Parkinson hasn’t taken the number 1 spot again in some years, however he is always thereabouts, it would take a brave pundit to declare that Joel Parkinson won’t win the WSL Championship again.

Born in New South Wales, Mick Fanning has been riding the Australian waves since he was 5 years old. He’s gone on to win some big-name events, like Australia’s Rip Curl Pro competition in 2001, the same year he won the of ‘Rookie of the Year’ title. He’s even shown up his best mate Joel Parkinson on several occasions during the WSL Championship and is a three-time winner of the competition. Fanning has experienced some scares in his surfing career. The most notable being his run in with a shark during the J-Bay open in 2015. But nothing has been able to stop him, he even bounced back to finish with the Number 2 in the WSL that same year. Fanning is one of the most proficient power surfers in the league today and still has some of his best years ahead of him.

These are just a few of the best surfers of the current crop, but who do you like? Are there any surfers we missed? Comment below with who your favourite surfer of all time is. 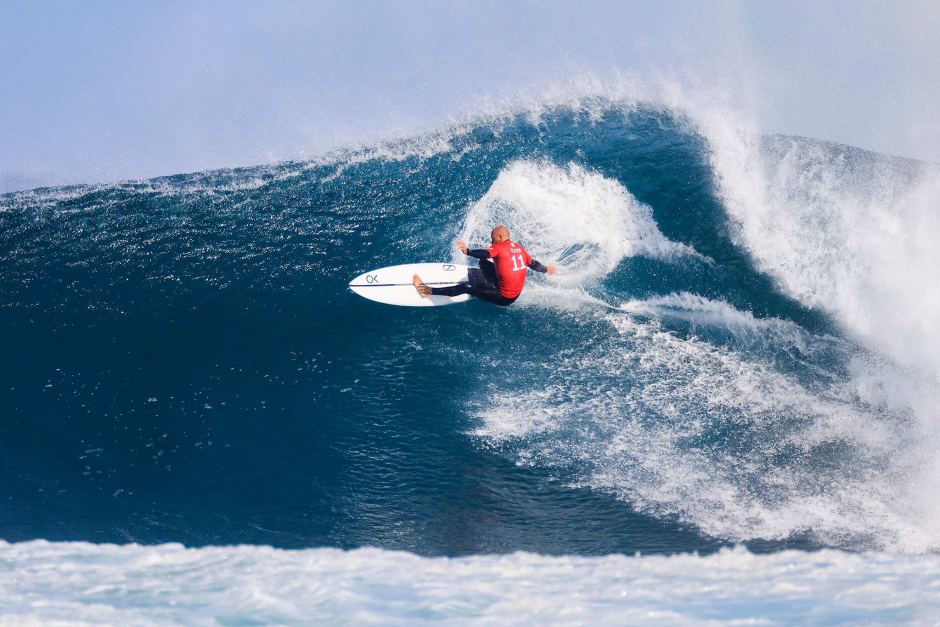